On the 30th of August 2014 The National Committee 200  years Kingdom, organized an international conference about the international orientation of the Netherlands throughout the centuries, this event took place at the Vrijthof in Maastricht. The Fashion clash organization was asked to organize a flash-mop at the “Lieve Vrouwenplein”.

Ten selected models, myself included, where positioned outside the conference venue, to form a line for The Royal family of the Netherlands, the Royal family of Belgium, the Duke and Duchess of Luxembourg and the President of Germany and partner.
I am wearing the blue dress on the right. 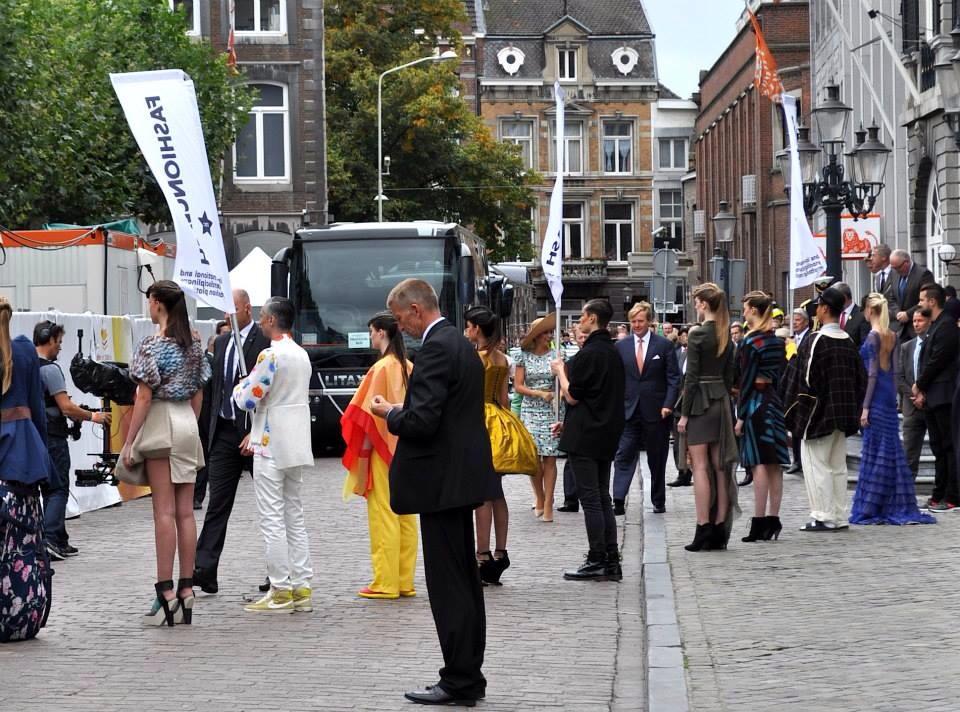 This was a very special experience, before the show we got screened by the governments RIVD, and before the start of the conference we were visited by guests who attended the conference, as also by Albert Verlinde who was part of the board that organized this event. It was fascinating to be a participant at such a VIP event. 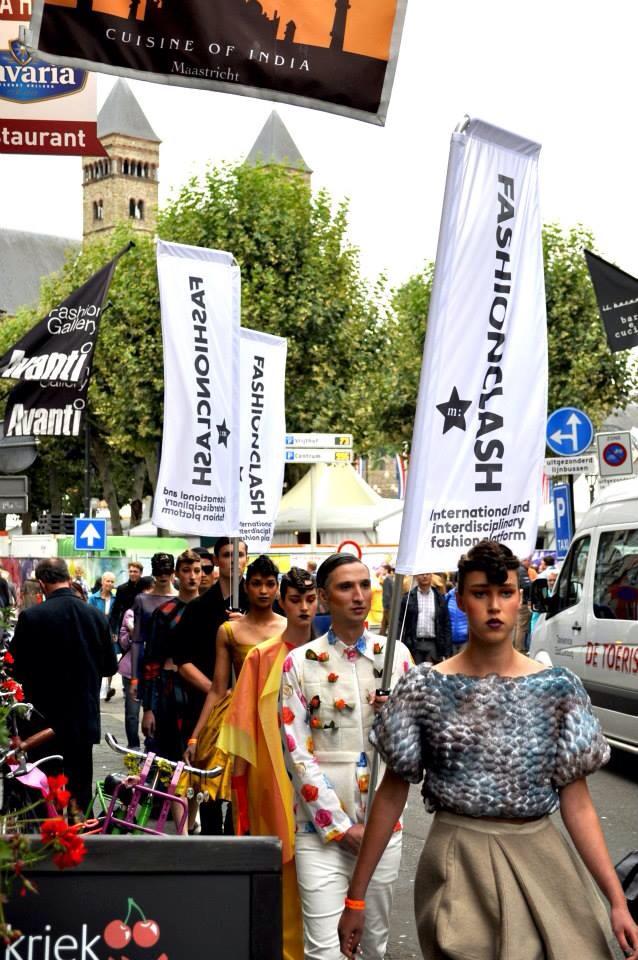